by Olivia
in Business
0

Kazakh President, Kassym-Jomart Tokayev, launched the construction of a factory in Almaty for manufacturing 90,000 Changan, Chery, and Haval cars annually

The President of the Republic of Kazakhstan, Kassym-Jomart Tokayev, launched on 15 November 2022 a new multi-brand car factory in the city of Almaty. Toyayev was presented with the project’s passport and the model of the factory for the production of vehicles to be opened in 2024.

The area of production premises will total over 100 thousand square meters. The factory will manufacture over 90 thousand cars per year. The total amount of investment will exceed USD $ 215 million and set to be created 2,200 jobs. The Kazakh President launched the construction of this multi-brand plant and spoke with the personnel, about their planned future mass production of Changan, Chery, and Haval cars.

“This is a vital project for the country”, Kazakhstan’s Head of State said to the new factory’s employees. “This year, during the visit of China’s President Xi Jinping to Kazakhstan, we discussed this project. Today we see the result – its implementation has begun. I wish you success in its implementation”.

At the same time, the Prime Minister of Kazakhstan, Alikhan Smailov, met in Astana with the Chairman of the Board of Skoda Transportation group, Didier Pfleger, for discussing the prospects of launching a number of projects on manufacture, technical maintenance, and modernization of railway and urban public transport. PM Smailov expressed confidence that the German company will successfully implement projects in Kazakhstan with the consideration of tax and customs preferences offered to investors in the world’s 9th largest country. In this regard, he proposed to consider an opportunity of creating a high localization and full-cycle production.

“We are interested in cooperation with foreign partners. We deem it possible to attract manufacturing companies to the implementation of joint projects”, Alikhan Smailov explained. Didier Pfleger added, that “Skoda is ready to enter new markets and views Kazakhstan as a promising partner for localization and development of its productions”. 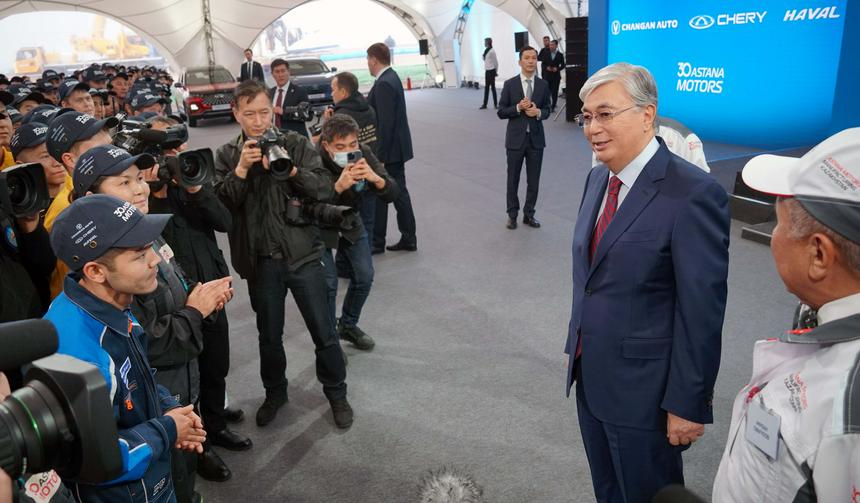 A lamp that can protect against the corona virus

Counterfeiters in Saudi Arabia have adopted a new method of deception, citizens beware!

For what reason are Human Hair Wigs renowned?

For what reason are Human Hair Wigs renowned?

No Result
View All Result